An online game to crowdsource the science of letter shapes 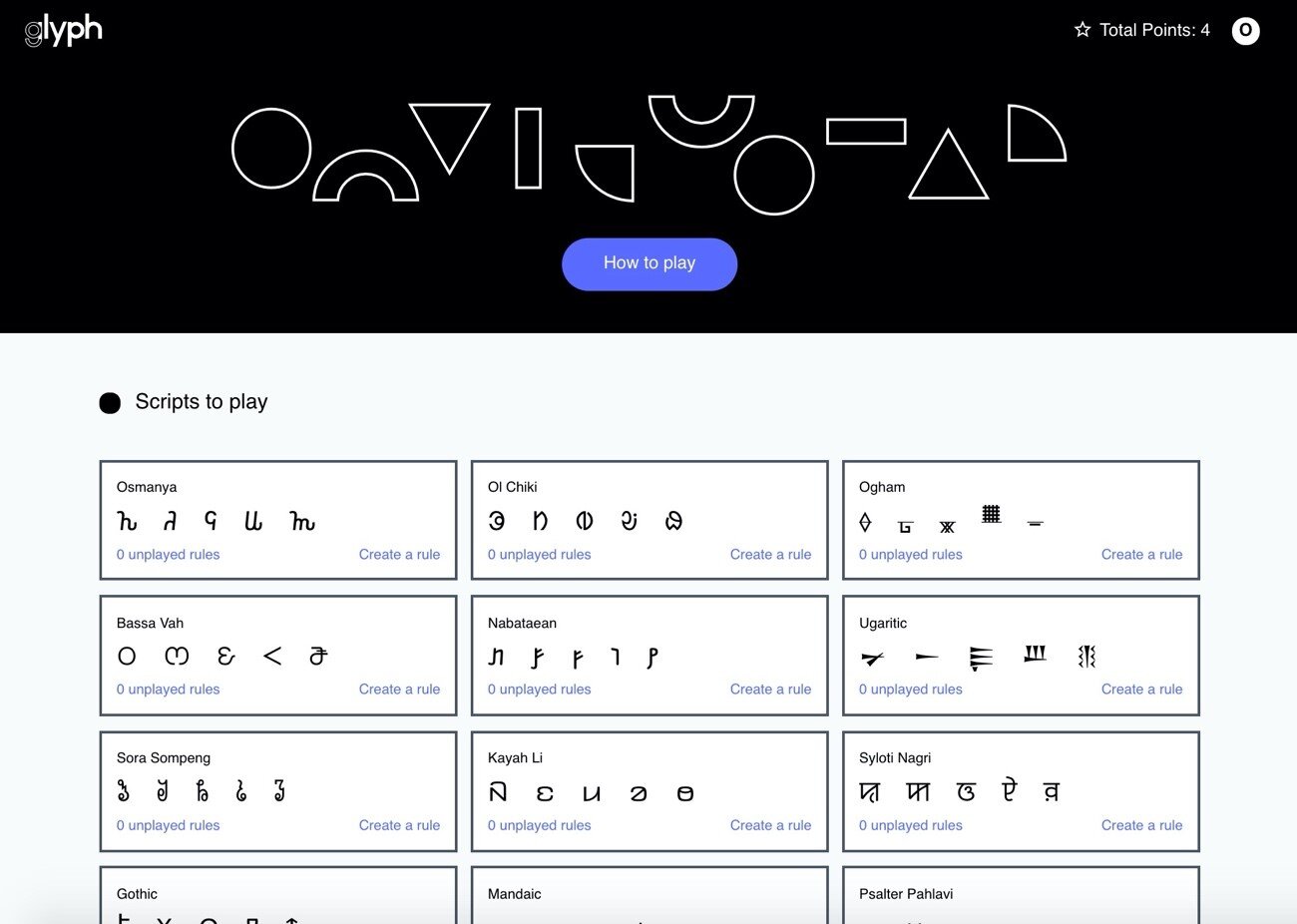 Dr. Kim explains “Science is good at sorting things into classifications. Chemists have the table of elements, biologists have the system of species—there are rules to sort even Pokémon! But there is no such thing for letters. For some writing, yes, but not for all the letters in the world.”

The field of visual psychology, or the study of how things we see affect the ways we think, currently lacks a vocabulary for describing letter shapes. So far, letters have mostly been studied from the point of view of linguistics, and only a few studies have looked at their shapes and visual properties with large datasets reflecting the diversity of the world’s scripts.  The team hopes the glyph applet will lead to the emergence of a common standard that can unify the study of writing system across linguistics and vision science.

The first question they will attempt to answer with this data concerns the distinctiveness of letters: how do letters in a script manage to be different enough from one another without being too difficult to process.

A visual grammar of letter shapes

Crowdsourcing—asking a large number of players to contribute to a project—will allow researchers to obtain a typology of letter shapes with reproducible and transparent classification rules. The research team hopes to build a grammar of letter shapes, achieving for the shape of writing what linguists have done for the sounds of language.

“A typology for letters will really open the doors into research on writing and writing systems,” says Kim. “But instead of asking specialists to create one, we’re asking the public for help.”

The game works by presenting players with a set of characters from one of the 45 written languages included in glyph. Players tap on the characters to create a group based on their visual similarities and then create rules that describe the similarities of the group. The team will then run machine learning tools on the participants’ contributions to identify the most reliable and informative rules.

Rare African script offers clues to the evolution of writing

Citation:
An online game to crowdsource the science of letter shapes (2022, February 17)
retrieved 19 February 2022
from https://phys.org/news/2022-02-online-game-crowdsource-science-letter.html

This document is subject to copyright. Apart from any fair dealing for the purpose of private study or research, no
part may be reproduced without the written permission. The content is provided for information purposes only.